Are you stuck at home because of COVID-19? You can still search for the paranormal. 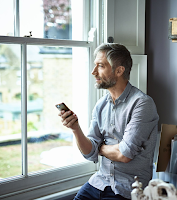 The topic of COVID-19 completely dominates the news all over the world. This disease has affected nearly everyone to some certain extent. Many of us around the world are confined to our homes
either working from home or out of a job. Even those of us who have to go to work doing "essential service" like retail, gas stations, and of course liquor stores and marijuana dispensaries, don't really do much during our days off. I live in Ohio which has been on lockdown for over a week but just officially started on Tuesday, March 24th. For me I have all sorts of things to do at home if I could only get locked down (I work in retail) but for many people they are just completely bored out of their minds (between trips to the store to buy more toilet paper and ask if any hand sanitizer came in).

If you're into the paranormal there's good news for you. Paul Seaburn over at Mysterious Universe recently shared some webcams that you can use to search for cryptids, ghosts, UFOs and other paranormal things. He kicked it off with the Loch Ness Monster where the "official" cam has been responsible for a handful of "official" sightings of Nessie over the years including the first and only one of 2020 (so far, maybe you can change that!).

The next was the famous volcano in Mexico, Popocatépetl. The hard-to-pronounce volcano has been many cameras point toward the volcano. Sometimes an airplane or even a bird gets between the camera and the volcano causing what appears to be a UFO. During my episode talking about Popocatépetl I initially intentionally messed up the pronunciation and then could not pronounce it several times. Ah, the beauty of live radio. If anything, you can practice saying it the way I originally learned how by saying, "Popo-caught-a-petal". It worked all the way up until I had to say it live on the air apparently. 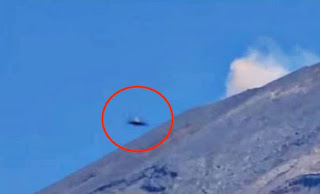 "Popo" has been the subject of a number of UFO sightings over the years although many of which are explainable. The volcano is about 43 miles away from Mexico City and is visible from there and sometimes a bird or plane (but not Superman) gets in between the camera and the volcano giving the impression that a UFO is looking to land on the volcano.

Seaburn also included a link from Tipperary, Ireland. In this webcam you can keep a sharp lookout for the wee-people known as leprechauns. Word has it that you might even see a pooka or banshee! Ghosts are probably what most people would like to look for. Try staring at the Gettysburg National Military Park Live View webcam for a while. Not old enough? How about Ordsall Hall in Greater Manchester, United Kingdom, thought to be build around 1177. There are three webcams here that you can wait for the lady in white for. The Willard Library in Evansville, Indiana, is another popular ghost location also with three webcams on site. No lady in white, but there is one in grey (or is it a dirty white?). 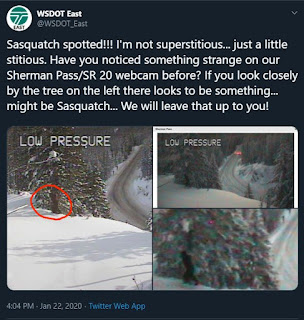 Fans of Bigfoot don't fear. The Yellowstone National Park webcam was once host to four purported Bigfoot that were cruising by. The camera is perched on top of the visitors center and lodge and it's more than likely these were just people walking through the area which is quite common all year round.

A couple of my own finds include; the Paris Catacombs, the Furman Theater paranormal webcam, Hell's Kitchen paranormal webcams, Lincolnshire Radion Buildings Paranormal Webcams, and the Washington State Department of Transportation's Sherman Pass webcam where Bigfoot was seen earlier this year (probably a wood cutout since it didn't move for days, but you never know).
Posted by Brian D. Parsons at 11:20 PM No comments: